English study is mandatory in NSW from Kindergarten to Year 12.

In English, students learn about the study and use of the English language in its various textual forms. These encompass spoken, written and visual texts through which meaning is shaped, conveyed, interpreted and reflected. Complexity increases as students progress through their schooling.

Developing proficiency in English enables students to take their place as confident communicators; critical and imaginative thinkers; lifelong learners; and informed, active participants in Australian society. Their understanding of English through knowledge and skills acquisition is essential to their intellectual, social and emotional development.

The study of English should develop a love of literature and learning and be challenging and enjoyable. It develops skills to enable students to experiment with ideas and expression, to become active, independent and lifelong learners, to work with each other and to reflect on their learning.

In Year 11 and 12, the study of English is mandatory. Courses offered include:

The English curriculum is built around the three interrelated strands of language, literature and literacy. Together the strands focus on developing students' knowledge, understanding and skills in listening, reading, viewing, speaking, writing and creating.

English at Girraween High School has a tradition of significant levels of student achievement. Students are taught a diverse array of texts, incorporating the canon and the contemporary. They consider a complex range of concepts in their reading and writing, incorporating societal values and literary tradition. Teachers within the faculty provide opportunities for students to develop their level of empathy and understanding whilst maintaining a meaningful focus on literacy.

In Years 7 and 8, students engage with a variety of texts for enjoyment. They listen to, read, view and perform a range of spoken, written and multimodal texts. These include various types of fiction and non-fiction texts, poetry, film and drama, including Shakespearean drama. Students will also study Australian literature, including that of Aboriginal and Torres Strait Islander peoples, as well as classic and contemporary world literature, including texts from and about Asia.

Students develop their understanding of how texts are influenced by context, purpose and audience. They begin to understand how choice of language and structure affects meaning. In Year 7, there is a particular focus on persuasive and creative writing as well as genre.

Students will be asked to respond in many different ways including written, spoken and visual forms, and in some tasks they will be required to use information and communication technologies (ICT) to complete their work.

In Years 9 and 10, students engage with increasingly complex and sophisticated texts, including texts drawn from the media, short stories, novels, films, poetry and Shakespearean drama. These texts explore themes of human experience and cultural significance, interpersonal relationships and ethical and global dilemmas within real-world and fictional settings. They represent a variety of perspectives.

Students learn to analyse the ways that text structures can be manipulated for effect. They develop the ability to analyse and explain how images, vocabulary choices and language features shape meaning. They also evaluate the relationship between texts and their contexts.

Students also learn to select evidence from their texts to formulate sophisticated arguments in essay form. They interpret the ways that texts position an audience. There is a particular focus on imaginative writing in this stage.

Texts studied in Years 7 to 10 English may include:

Lord of the Flies by William Golding

Tomorrow, When the War Began by John Marsden

To Kill A Mockingbird by Harper Lee

The Rabbits by John Marsden and Shaun Tan

Selections of poems by Banjo Paterson, Oodgeroo Noonuccal and others

The preliminary course at Girraween High School is modelled closely on the requirements of the higher school certificate. Students begin the year with an area of study, which involves the exploration of a concept that affects our perceptions of ourselves and our world, such as "The Outsider." In the preliminary course students will also complete a comparative study of texts and contexts, in which they examine the connections between texts composed in different times. They will further engage in a critical study of texts, in which they closely examine the language, content and construction of a text, as well as its reception in a range of contexts.

Extension English students study a unit called "After the Machine", which is closely modelled on the higher school certificate extension 1 course. Students study the social and political ramifications of the industrial revolution such as materialism, liberalism and the women's movement. They consider literature as an intellectual/creative response to turmoil and change. Students study three prescribed texts as well as texts of their own choosing.

All students undertake the higher school certificate advanced course as mandated by the NSW Education Standards Authority (NESA). During Term 4 of Year 11, students begin the course with module c: representation and text, in which students explore the relationship between representation and meaning. Students rejoin the course in Term 1 of Year 12 with the area of study, which in 2014 will be the concept of belonging, and from 2015 will be discovery. In Term 2, students study module a: texts in time, a comparative study of texts and contexts, while in Term 3 students complete the course with module b: critical study of text.

Throughout the course, students are assessed in various ways based on the key language modes of reading, writing, listening, speaking, viewing and representing. They also complete a number of core homework tasks.

While all students study advanced English, they have the option of undertaking the extension 1 course. At Girraween High School, extension English students study the elective "After the Bomb", in which they explore texts which relate to the period from the dropping of the atomic bombs on Hiroshima and Nagasaki up to the collapse of the Soviet Union and the dismantling of the Berlin wall. They explore how ways of thinking were affected by this cold war era. In this elective, students are required to study at least three of the prescribed texts, as well as other texts of their own choosing.

Students may further choose to join the English extension 2 course in year 12. In this course students develop a sustained composition, and document and reflect on this process. This module requires students to work independently to plan and complete a major work. This could be a short story, collection of poems, a critical response, a radio or film script, a speech or radio drama, performance poetry, or a video. The major work will be assessed internally as a process and externally as a product.

The teachers in the English faculty are committed to providing dynamic and engaging learning opportunities for students of English, and recognise that excursions and incursions are an excellent way of supplementing the content taught in the classroom. To enhance students' appreciation of Shakespearean drama, each year the staff arrange for students to see performances of the plays being studied. In 2013, Year 7 enjoyed an excursion to the Sydney Opera House, where they saw a performance of A Midsummer Night's Dream. In 2014, Year 10 will have this privilege while studying Macbeth. The other year levels are never disappointed, however, as they are thoroughly entertained by the Bell Shakespeare company's interpretations of Shakespeare's plays in Girraween's very own multi-purpose centre.

All students in Years 7 to 10 complete the international competitions and assessments for schools (ICAS) English competition.

The English faculty also enters teams of students in the premier's debating challenge, in which students compete against other public school teams in the zone before moving into a knockout competition, with the possibility of reaching regional and state levels. In 2013 we had four debating teams: one Year 11 to 12 team, a Year 10 team, a Year 9 team and a Year 8 team.

Every year the school also holds a Shakespeare day for all students in Years 7 to 10. The two best Shakespeare performance groups from each class perform for their grade, while the best from each grade perform at an annual Shakespeare night, in front of parents and community members.

In the interest of encouraging excellence and engagement, the English faculty has also introduced inter-class competitions in Term 4. Year 7 produce a drama script to perform for their peers, Year 8 compete in inter-class debates and Year 9 compete in the creation of the best, original digital stories. 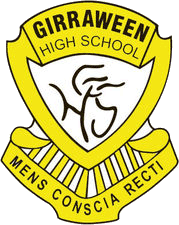